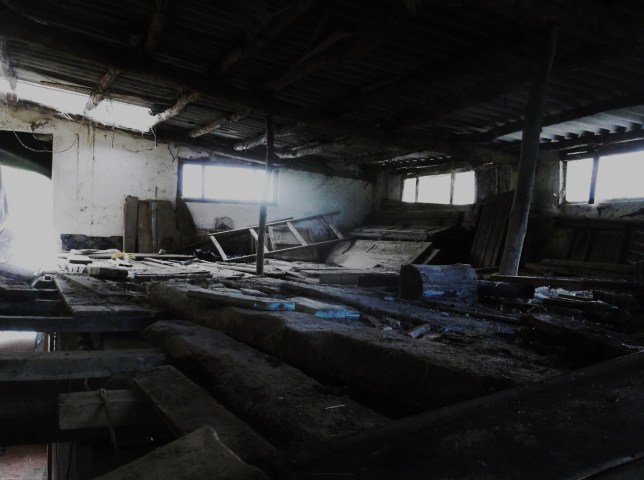 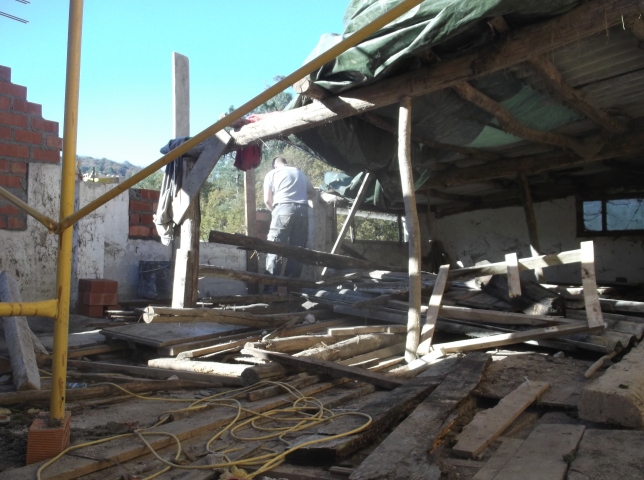 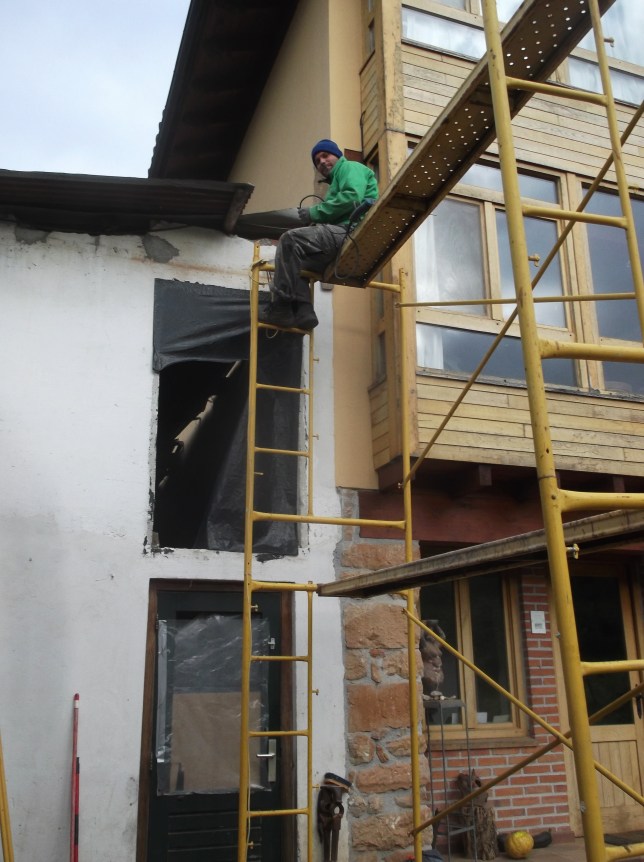 Only just got back to blogging, is this working……? 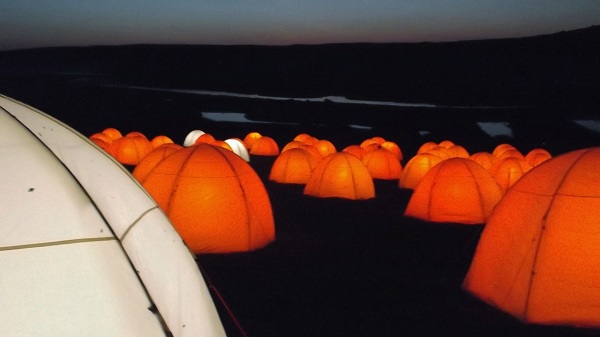 We arose at 2am in varying states of sleepiness and drove the two miles downhill to the pub car park where we could access the footpath to the Peace Camp, a contemplative art installation.

We were told the event was a ‘contemplative experience’ by the rather earnest young man at the gate who asked us to please turn off our mobile (cell) phones, I knew exactly where he was coming from and was about to tell him how much I was bugged by people constantly phoning me at 3am every morning when I am trying to enjoy a contemplative experience – or dream, when one of my companions shot me a “don’t even think about it!” warning glare and we set off on our 30 minute walk to the installation.

As you can see from my photo and rather better from the video on the website, the event looked very atmospheric with the LIGHT from the tents illuminating the area.

The photo above was taken in a small town in Spain when I was following La Vuelta (1997).

I would normally steal some amazing shot from Gurgle Images to illustrate my post but have at last found my photo collection on an old USB stick.

The inspiration for this post came when I was checking out my daily newsletter from the excellent Designboom website, I hope you will be amazed by this balloon photo….

…and then visit designboom for the full story.

“It’s my firm belief that the greatest threat facing humanity today, perhaps the greatest threat we have ever faced, is the one posed by climate change. I realise this is a divisive issue. Not everyone’s on the same page with climate science and the conclusions of it’s practitioners. Some people agree with me that it presents a clear danger to our continued existence and well-being – and the others are wrong.”
Marcus Brigstocke

An article in today’s BBC Nature site tells us that:

Giant dinosaurs could have warmed the planet with their flatulence, say researchers.

British scientists have calculated the methane output of sauropods, including the species known as Brontosaurus.

By scaling up the digestive wind of cows, they estimate that the population of dinosaurs – as a whole – produced 520 million tonnes of gas annually.

They suggest the gas could have been a key factor in the warm climate 150 million years ago.

Later in the article, this caught my eye:

Sauropods, such as Apatosaurus louise (formerly known as Brontosaurus)

Huh? They changed the name?

When did that happen then?

Well, as far back as 1989 apparently, when according to the Wall Street Journal the United States Postal Service caused uproar amongst purists by daring to mislabel

its new 25-cent dinosaur stamp, a drawing of a pair of dinosaurs…’Brontosaurus’

I wish folks would keep me up to date…

More stuff that impressed me….

french biochemist pierre calleja has developed a lamp for use as street lighting as well as in indoor spaces
that is powered without electricity, absorbing carbon dioxide as it functions. beta testing of a prototype streetlight
is currently in progress in a parking lot in bordeaux, france.

the lamps are composed of a tube containing microalgae, as well as a battery during the day, the batteries are charged
via photosynthesis of the algae, using both solar power and CO2 (both of which are usable by the plantlife).
this means that the lamps represent a viable electricity-free lighting solution even for locations where there is no
or little natural light, such as underground parking garages. at night, the stored power is used for lighting.

calleja notes that about 25% of CO2 present in the air is thought to be generated from car exhaust, so using the devices
as roadside lighting helps solve two social problems at once, each unit absorbing an estimated ton of emissions per year.
in fact microalgae is more efficient than trees, to the extent that each lamp absorbs a reported 150 to 200 times from CO2 than a tree.

Hardly a day goes by without me whispering “WOW!”, or, “I want one of those!” at something i’ve seen on t’internet (I’m easily impressed).

After you have dragged your minds out of the gutter, have a look at these:

The following text is lifted direct from Make:

This simple demonstration of eddy current braking (Wikipedia) will probably be familiar to many of you, but this video from YouTuber JamesRB1995 is a short, well-shot, impressive documentation of the effect. Keep in mind that copper is not ferromagnetic, and there is no direct magnetic attraction going on here.

I was a washing machine engineer in a former life and love this example of recycling, these words were also stolen, this time from 2012architecten:

The Miele Space Station is an architectural installation made entirely of washing machines, hence the name. This multifunctional mobile unit is compounded out of five separate modules, each of which can be carried by two people. Washing machines have a standard width of 60 cm, and, accordingly, so do these segments. The modules can be rolled through a standard door of 210 x 70 cm. To facilitate transportation the five portions can be assembled on a trailer as a caravan. Once on site, the segments can be placed in various configurations so that the object can be used for many purposes and in different sizes. The space station has already done duty as a bar cum art vending machine, a pavement café and a music shop/office/bar; during PARASITE PARADISE it served as a mobile architects’ office.

We had a bit of a crisis last week.

The menu for the 12 guests we were expecting at the weekend stated that Saturday’s lunch would be served with home-baked bread rolls.

The normally excellent Panasonic Breadmaker was making a noise that suggested that the thingameewidget had failed, the ‘bread’ that emerged after the bake confirmed our worst fears – eek!

As resident thingameewidget repairer, I was asked to look at the machine.

The problem was obviously apparent (as shown in the photo above) after I took it apart.

Panasonic are well known for the quality of their products and the availability of spares so I was confident that I could repair the machine.
I have used eSpares for many years and their service has always been excellent.
But after looking at their website, I was disappointed to find that the part I needed was not shown.

I ‘spoke’ to one of eSpares experts to see if the part was available but was told that it was not stocked.

After trying 2 other parts suppliers who listed many spares but didn’t show me a picture (I wasn’t sure what the part was called) I was about to give up, when I found Kitchenwareonline.com.

The part arrived by first class post this morning.

If companies want to sell online maybe they should make sure we can see the product.